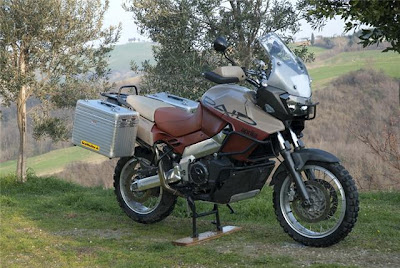 Aprilia Caponord Rally-Raid waiting in the garden to whisk Janet back to UK.

After a fruitless day being kept permanently on hold by a certain airline company beginning with "R" (and being charged extortionate rates thereby adding to the misery), and after exhausting various other means including a kind offer of a lift by Chris from Bits and Bobs blog, I have accepted the very kind offer of a 1,350 mile one-way lift by motorbike as being the fastest way to get to Oxford by Monday evening. I will therefore be able to teach my group of primary school teachers from Turkey, Japan, Spain and Italy on Tuesday morning. Well, I do hope they will have arrived from their countries by then. I think I might be a bit exhausted, but at least I will be fulfilling my duty. I will also be able to visit my dear mother, who is once again in hospital after having suffered a setback earlier this week.
The Guardian newspaper has the folllowing newspaper article on "The Iceland volcano ash problem:European flights disruption

Aprilia Caponord - Rally Raid
This motorbike has travelled to and from Italy many times. I just hope it doesn't rain. You see, I'm not a good pillion rider at all. In fact, I would call myself an "Unnatural Born Rider". 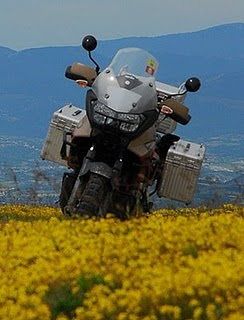 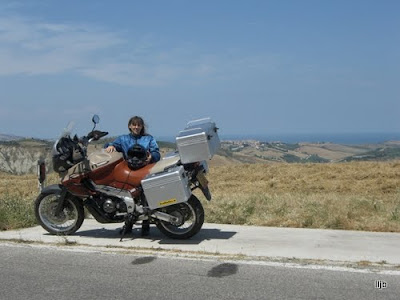 Riding around in Abruzzo on the Aprilia Caponord Rally-Raid.
Posted by Janet Bianchini at 10:40

You lead such a romantic life! One day I will write a novel based on your incredible adventures. Now wondering how come you didn't ride that to see Mr. Clooney! I certainly would have! ;-) Take lots of pictures along the journey, please!

Thank you for your kind words!! The simple reason I didn't go to see the delectable Mr George Clooney by motorbike is because the temperature was very cold that day and we would have frozen on the bike!! Castel del Monte is high up in the Abruzzo mountains.

Very busy day tomorrow preparing for the trip and organising creature comfort care! So glad you can get to the Big Apple!! Have a fab trip.

Seriously cool bike Janet, nice one! My poor 20 year old Yamaha (a king in it's day) would be all shy and blushing around Aprilla. I'm only a bit jealous..... hmm.. actually, thinking of the journey all the way there.... yes, just a bit. :-)

Wow - that is so cool! I'm impressed at your dedication - and style!

Great to see you here. Have just unloaded my 25 kilos allowance from suitcase/luggage and now need to squeeze approx 5-10 kilos into motorbike pannier. Have got to narrow down my teaching materials as well- difficult choices to make!

Just off to Pescara to change m/bike tyres ready for journey ahead. Glad K is cool, calm and collected as opposed to me being ever so slightly nervous. Rain predicted on the way - I hate riding in the rain!!

Your m/bike sounds just as cool as K's. I'm afraid all motorbikes are the same to me and I don't really know much about them:)

Thanks for popping by. Appreciate it! Just getting organised for trip ahead. It's a bit manic at the moment! Hope to tweet / blog later if I have time.

U r one cool gal! Looking forward to the blogs/tweets about the journey:)

I was just about to switch off the computer and saw your message. I will definitely blog/tweet about the journey as soon as I can! 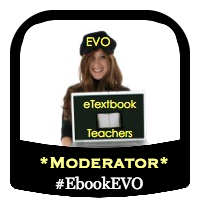 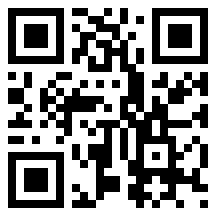